Once again much time has passed between posts. My Jack has been pretty unwell with anemia since March. He is just now beginning to get better with a very high dose of prescription iron. He is also having quite a time of falling. He fell twice within a week and falls nearly every week at least once due to balance issues. The worst fall left him with a nasty wound on his elbow that we are still working on getting healed up. 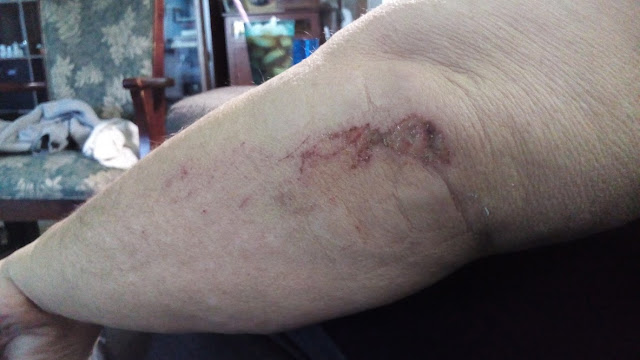 And we have had so much rain it is just not funny! Fort smith south of us is having a terrible time of it and Oklahoma is also. Terrible! Our yard was flooded some out front from one down pour. 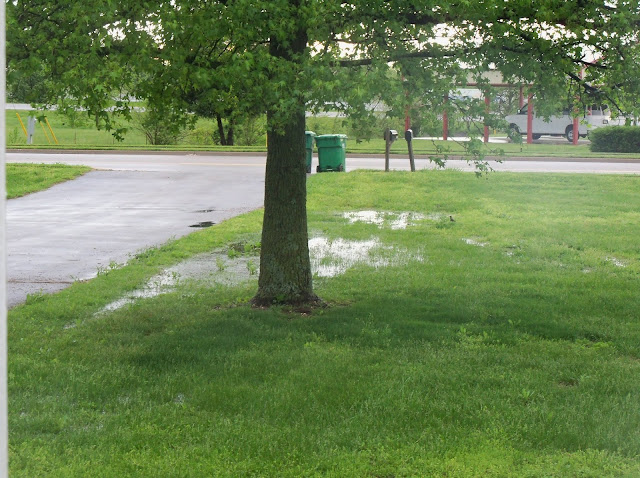 We were pretty chilly quite a bit here and enjoyed occasional fires in the fireplace until well into April. 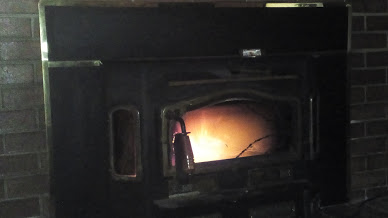 Morning hot tea was so very nice on those chilly morns! 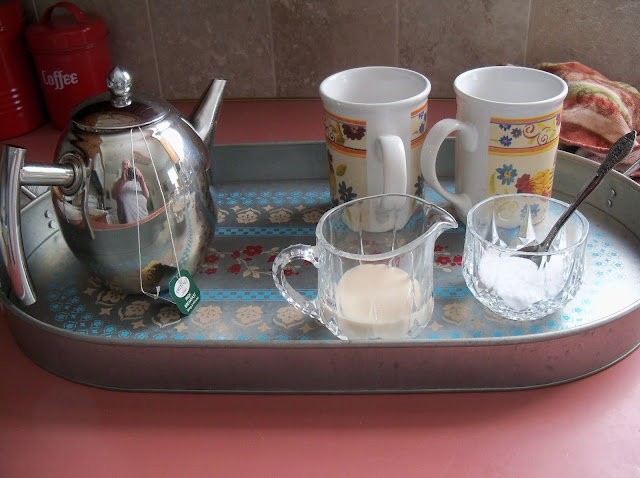 Sylvia was quite dismayed about her tree being in the kitchen so it has moved to the living room and the queen is happy now! She was trying to put the guilt trip on me in the kitchen before I moved her tree. 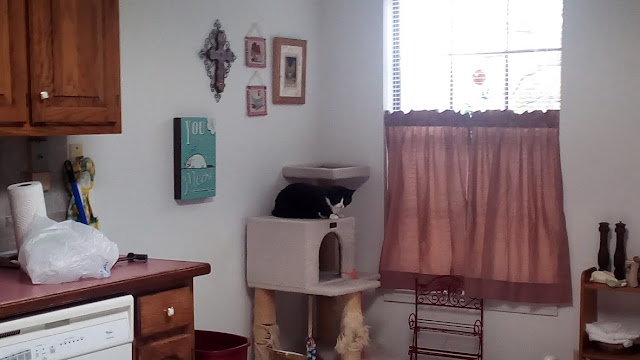 She is, however, quite happy with her afternoon sunbathing. 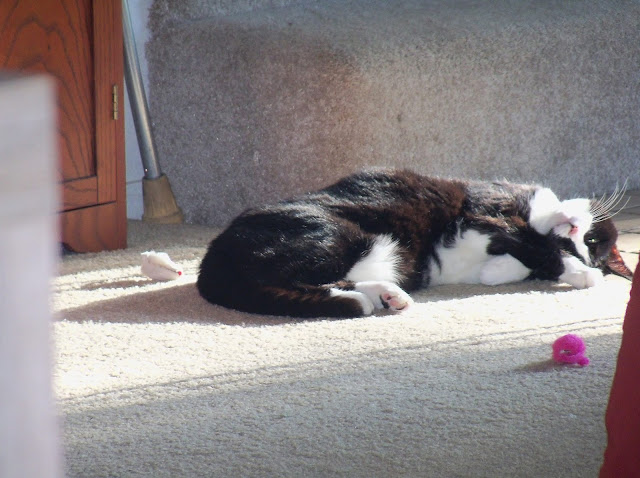 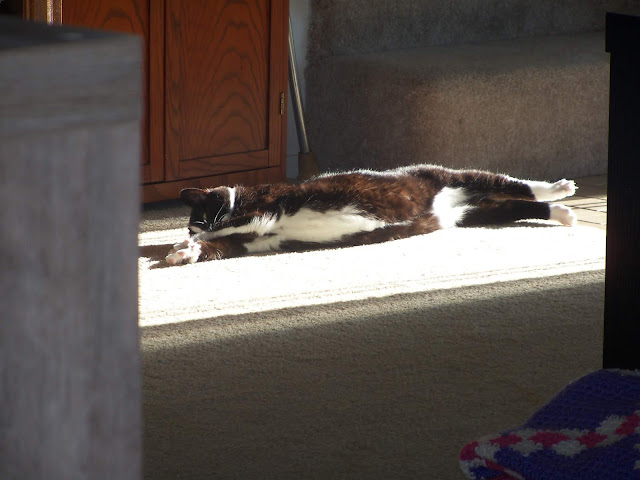 And happy also with the new mice her dad bought her. Jack, however, is not happy with the crack of dawn serenades as she brings her mouse to bed to play with. 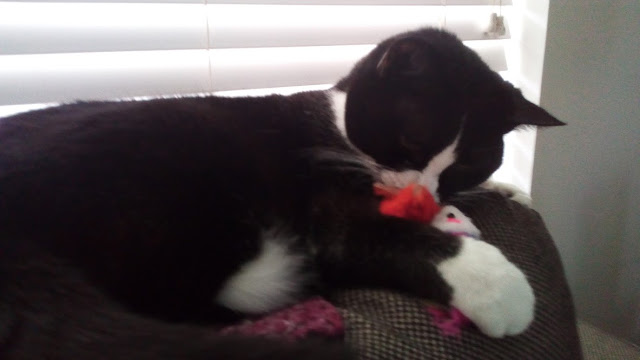 We had a chilly and rainy day last week and this little guy sheltered on our deck until the next morning. 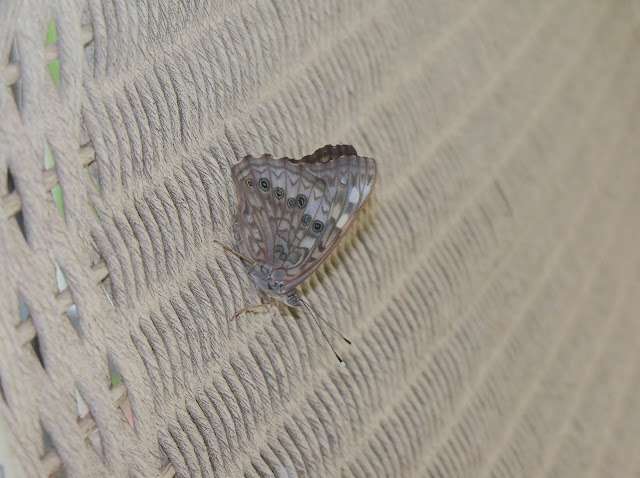 Jack surprised me with some lovely flowers one day! 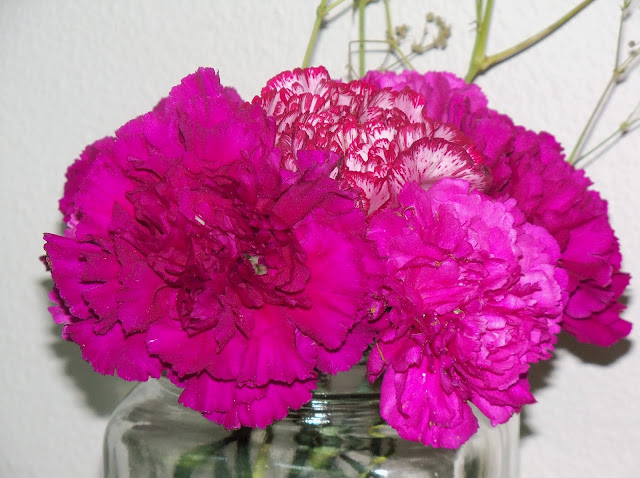 And we added a pot of impatiens to the deck. 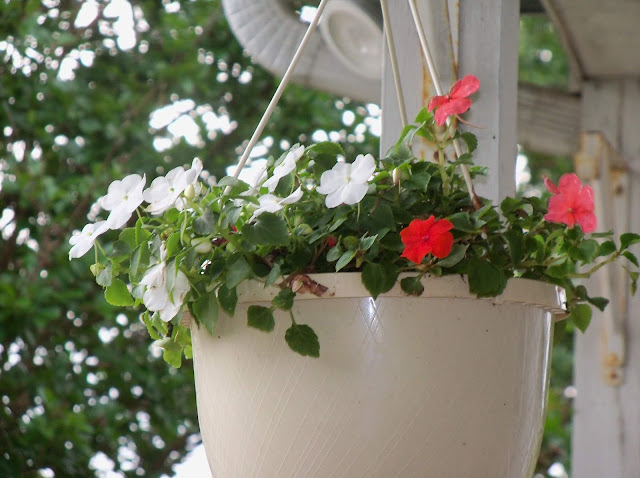 And I must not forget my lovely model showing off a tiny cross I made! It wore her out so a nap was in order afterwards! 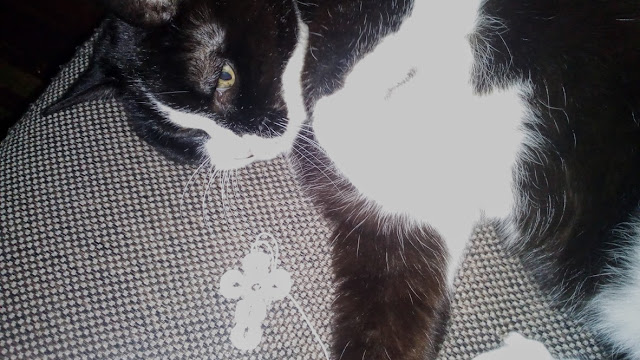 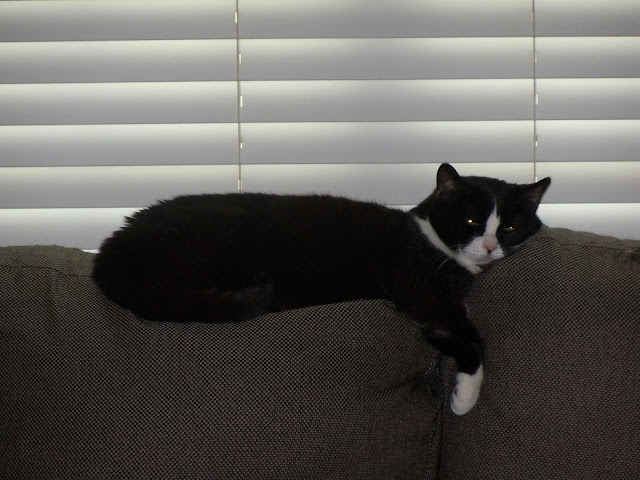 I am also nearly finished with a small section of a prayer by Saint Patrick for our Priest's wife. I have enjoyed doing it so much! 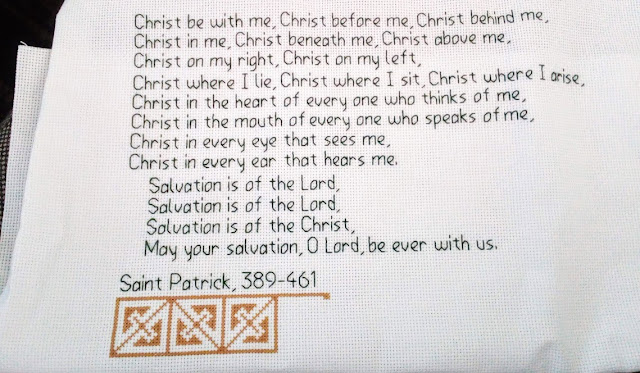 I even have managed to squeeze in some work on an afghan. I am close to done with it and eager to get it done! 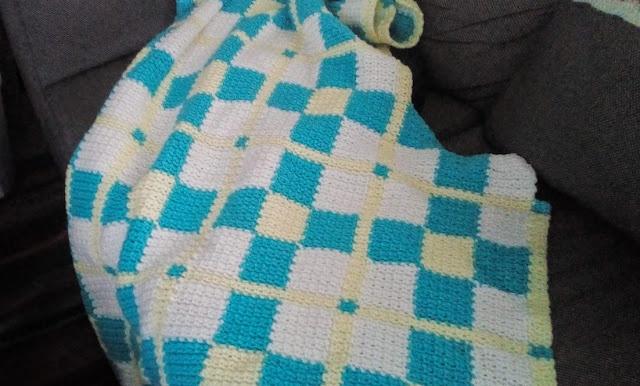 Thank you for visiting! Now that Jack is getting better, I hope to post every other week! Huggles and blessings.
by Michelle-ozark crafter on 5/27/2019 07:10:00 PM 8 comments: