So sorry for so long in posting. You know life gets in the way. Did I tell you about my little brother Mike? We have not spoken in 18 years and he had to have triple bypass just before Sylvia passed away. We are talking again and will go to see him after all this stuff gets over with. Here he is with one of his five cats named Flower 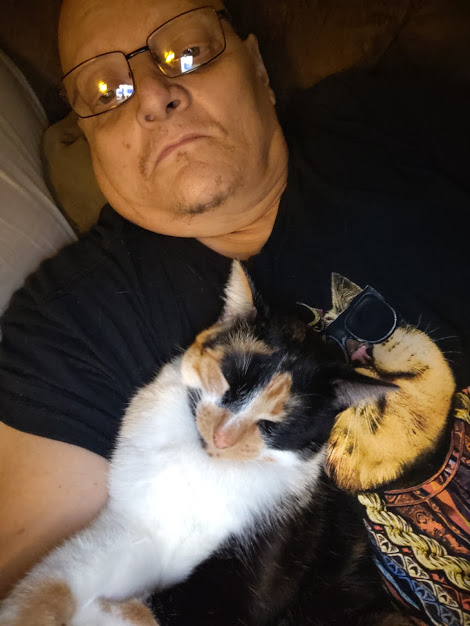 We look a lot alike don't you think? Jack is still busy on his baby quilt as you can see. 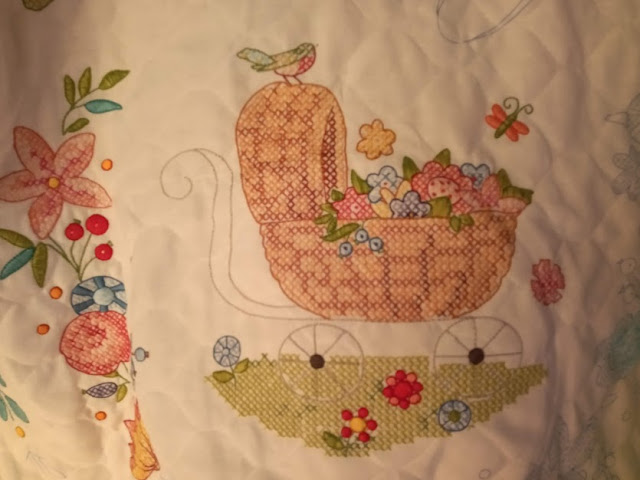 I am working on bookmarks. It is a pattern called Higher love by Draiguna 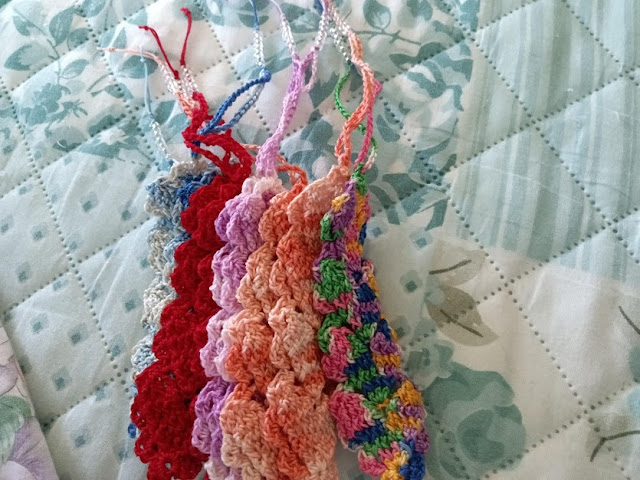 I also am finishing up a baby quilt for someone. Jack did it some time ago. 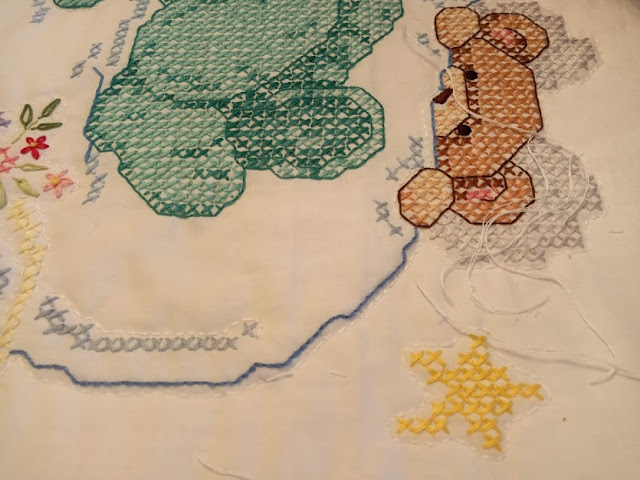 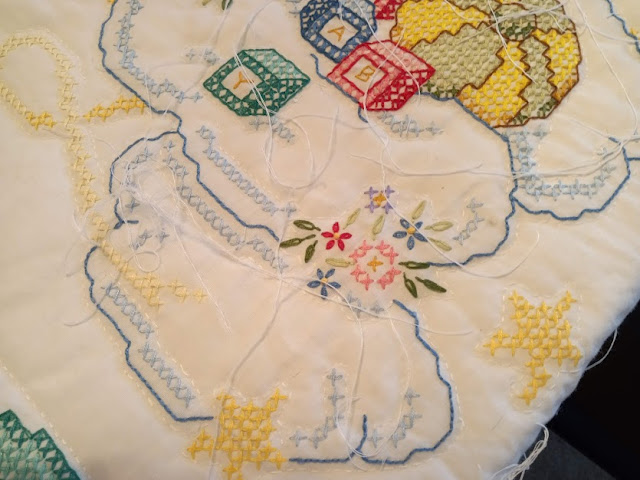 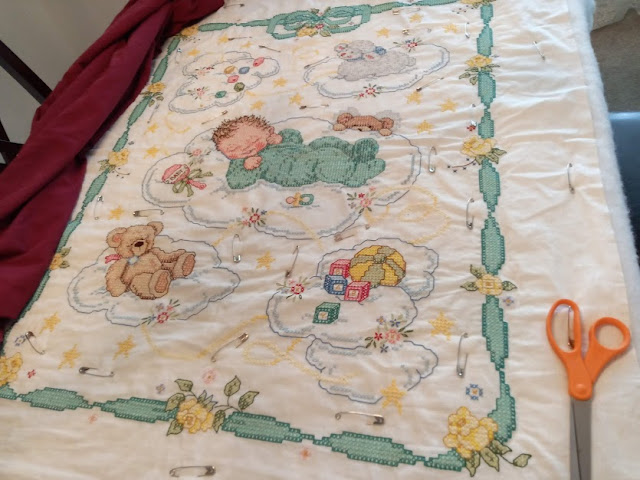 Oh and look at my awesome find at a thrift store! I needed some decent glasses for company and bought all of these old soda fountain ones for ten dollars. 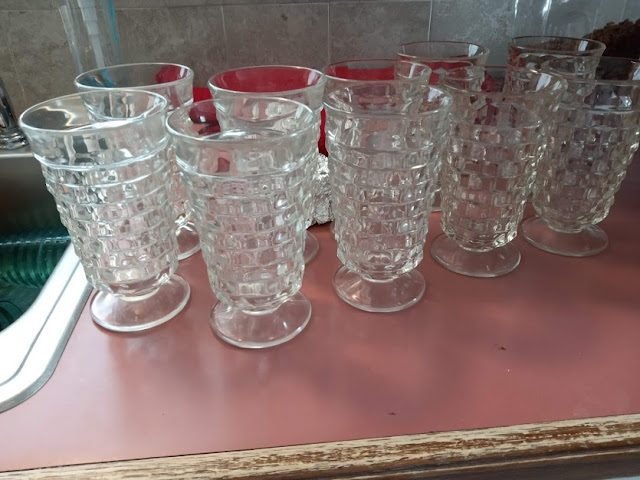 We also have been having a lot of rain and last week it even took the cap off our chimney. That was loud when it hit by our bedroom. More rain and storms coming tonight. 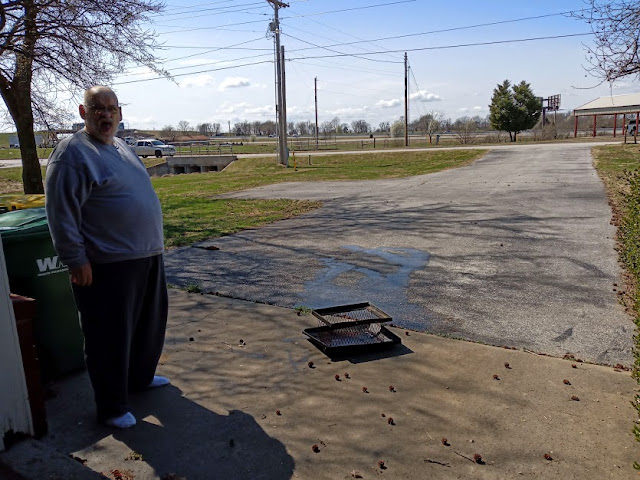 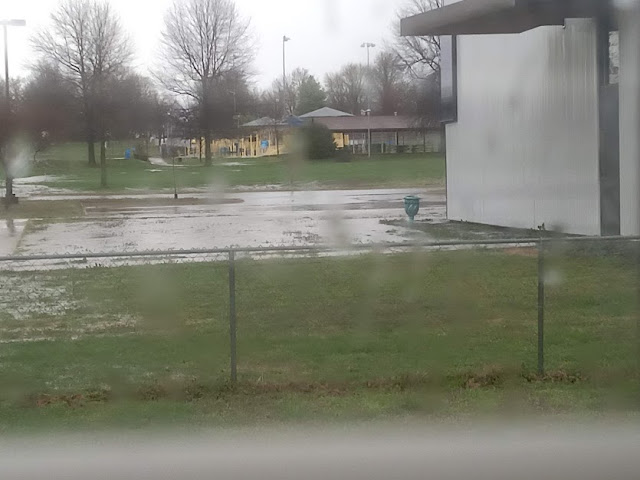 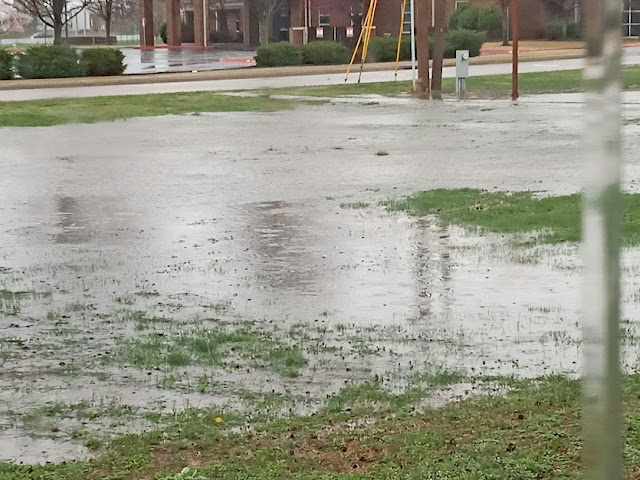 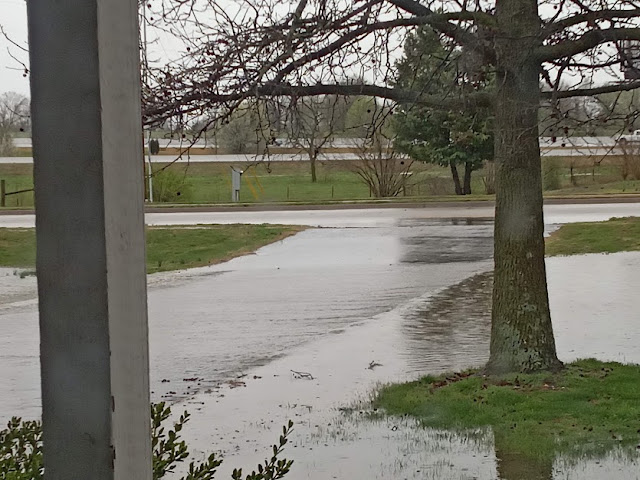 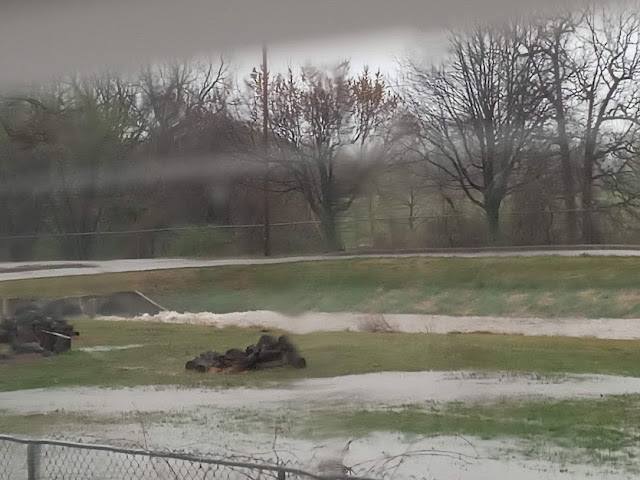 And now for Bozz news. The first couple weeks were not fun! He was so anxious and unnerved he was being very aggressive. A couple nights were so bad I had a panic attack myself and had to lock him out of the bedroom. I got some homeopathic meds for him and by end of the third wee it was really helping. Now he is mostly just a big, silly, clumsy dork! 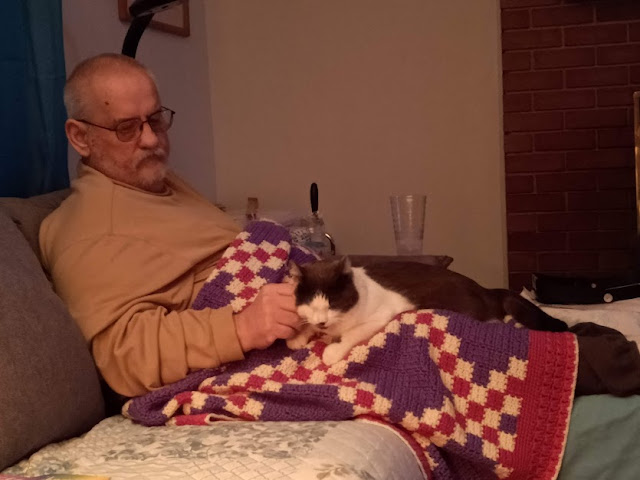 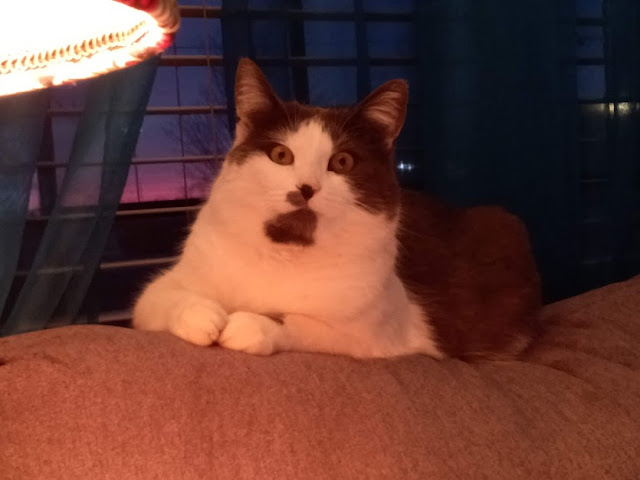 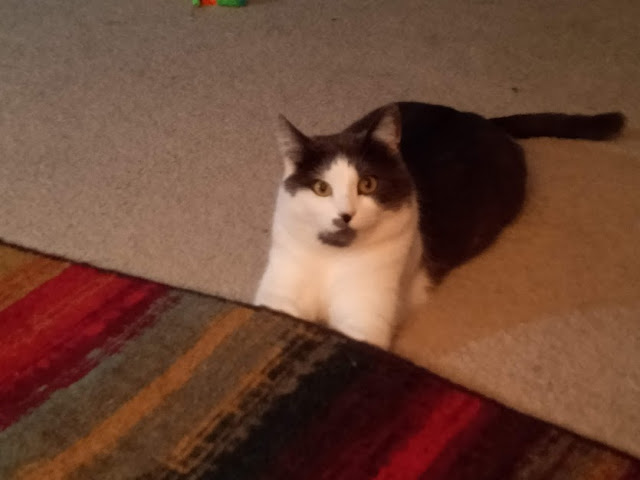 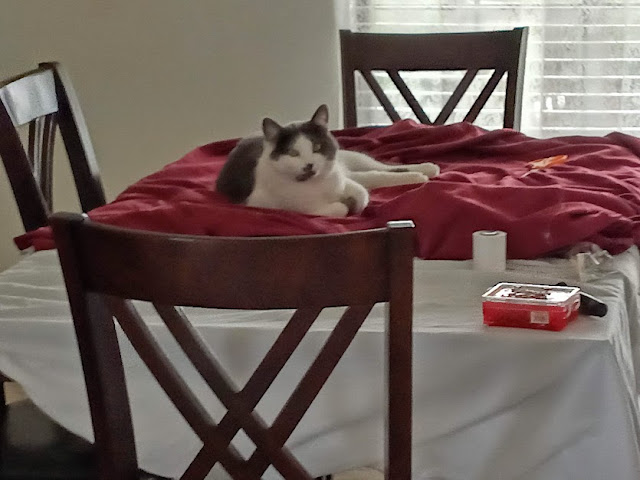 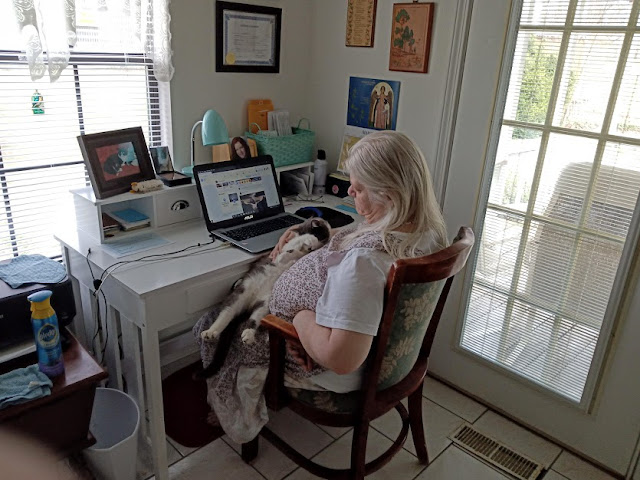 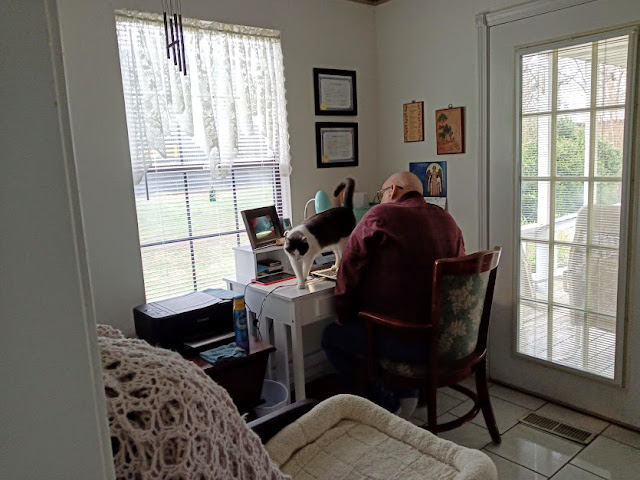 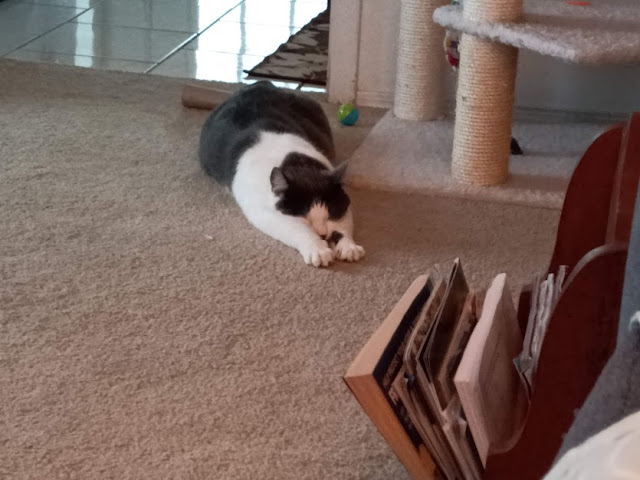 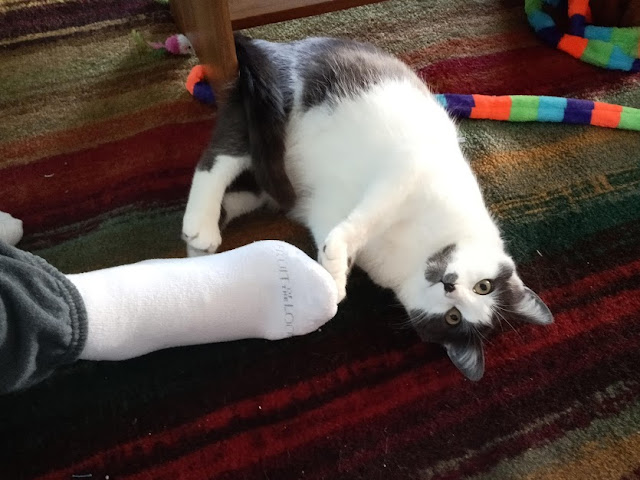 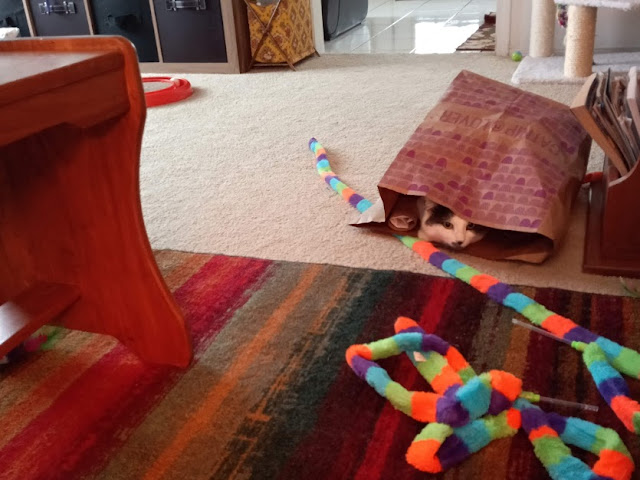 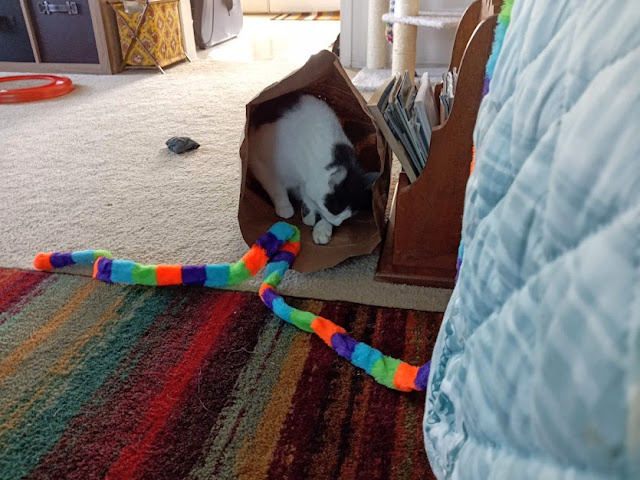 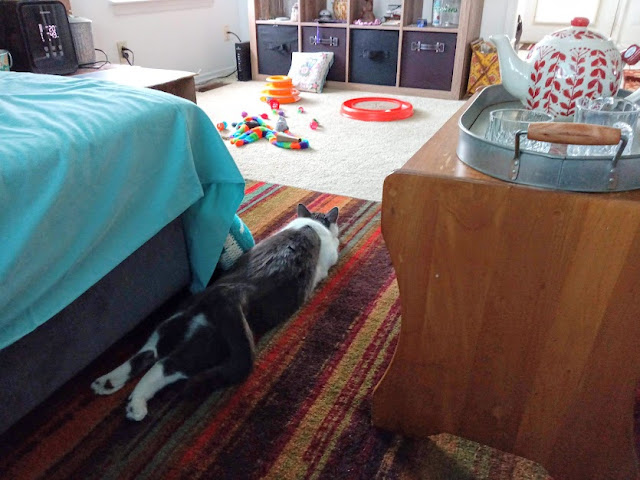 He's a very lucky cat to have found such a loving home. The relentless rain is hard going, we are in a sunny few days, and making the most of them before the rain comes back.

Bozz is such a precious cat😻
It's awesome you got to connect with your brother after all these years. It looks like the love of cats runs in the family and yes you too look very much alike!

You are doing wonderful with that baby quilt and love the way Bozz sleep.
Stay safe you and Jack.